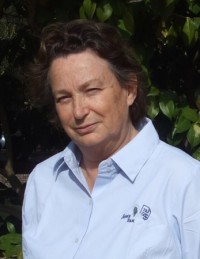 Having Fun FUN Together ™

ENQUIRE NOW
CALL NOW
01ABOUT US

Shirley is a member of the SSS. The Smart Stubborn Society.

If this Chartered Accountant wasn’t so damn stubborn and smart, she would have been found under a rock in the deepest, darkest part of London East-End, as it was in the 1950’s.

She was born, a twin, in a Fish and Chip shop on the wrong side of the train track. Shirley began life as an innocent victim of circumstance. However, this stubborn, rebellious kid, though clever, found favour with her Grandmother who later adopted her and brought her up as her own child.

This totally changed the trajectory of Shirley’s future prospects.

Her Grandmother was a women of valour, before her time, achieving the unachievable during times when opportunities for women were severely limited . Under her grandmothers guidance, Shirley was allowed to “grow into her capabilities”. Shirley had natural academic instincts. Thankfully, Throughout her career, this was recognised and opportunities were provided for her.

Aaaah… those were the days, when ladies wore matching handbags, gloves and hats. but Shirley wasn’t one of those. She was a business women like her grandmother.

Like her Grandmother, Shirley is also an “out-of-the-box possibility thinker” with the obstinance to push past barriers and reach her goals. Shirley acknowledges that she “beats around the bush with a sledge hammer” but you’ll always feel that, deep down, she has a heart of gold.

Today, Shirley has an enormous family. Not only does she have 4 children of her own, but she is a mother to all her franchisees. That’s just her!

Lucky are you, if you become one of her ducklings! (OMG! she’s a multi award winning business mentor… plus!)